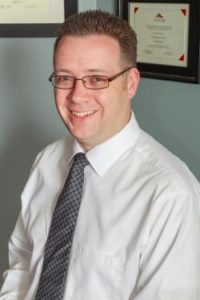 Nathan Nordstrom graduated from East West College of healing arts in 2001 and Portland State University in 2012. He is licensed in Georgia, Idaho, Oregon, and Washington State and is a Board Certified Massage Therapist and Bodyworker (BCTMB) by the National Certification Board of Therapeutic Massage and Bodywork (NCBTMB).

He has gained experience by working in a retreat spa in Jackson Wyoming, medical offices, and owned a day spa in Portland, Oregon named Portland Center Spa.  He has also managed a sports massage teams for the “Rock and Roll Marathon” in Savannah Georgia for 3 years from 2012 to 2014. He is most well-known for his deep stabilizing treatment of soft tissue dysfunction.

Nathan taught massage in Oregon since 2004. In 2006, he helped in the writing and development of the Massage therapy curriculum at University of Western States Massage Therapy Program. He taught Ethics and communication, Survey of modalities, Sports, Orthopedic and Recovery Massage class, Instruction of Massage III, Medical massage, Nutrition, and Clinic supervision. He recently resided in Savannah Georgia where he was the Therapeutic Massage Program Director at Virginia College – Savannah Georgia Campus. In 2006, he applied to take his business (Educated Touch) from a massage therapy practice to the next level to include providing continuing education. He teaches continuing education nationwide for Educated Touch. He is most well-known for teaching classes in the application of ethics in daily life. He has also been teaching classes at anatomical displays such as “Body Worlds” exhibits called Bodies and Massage Therapy. He is currently training instructors to teach his classes and develop their own classes so he can spend more time with other projects. He has been quoted in such publications as Massage Therapy Journal and Massage Magazine.

Nathan has been active in his profession by serving on boards and committees for the American Massage Therapy Association (AMTA), AFMTE, FSMTB, NCBTMB, and the Massage Therapy Foundation (MTF). He donates annually to the MTF to support and expand research on massage therapy.  In 2015, he also raised over $15,000 for the MTF running on a charity bib donated by the John Hancock Foundation in one of the most prestigious marathons in the country, the Boston Marathon. Nathan is the husband of Mrs. Elana Nordstrom and the father of four beautiful children (just ask him).

Nathan has maintained his NCBTMB Board Certification to support him in portability as he has moved around the country.  He also believes that holding the highest standard in the profession helps him maintain excellence for each of his clients.

Bio
Do NOT follow this link or you will be banned from the site!
Near me
40 miles